❤️ You can do a good deed taking coffee away. ❤️

With every take-away coffee, sold in our GOOD CUP, we will convey 0,1 PLN for charity.

✻
We will  do one donation per month. What we are going to bankroll? Check our page or Facebooku
✻

✻
SEPTEMBER 2017 – We donated 180 PLN to Rescue children with cancer Przylądek Nadziei
OCTOBER 2017 – We donated 203 PLN to Fundacja Rak’n’Roll Wygraj Życie
NOVEMBER 2017 – We donated 388 PLN to Fundacja DKMS
~2018~
JANUARY 2018 – is the  Great Orchestra of Christmas Charity month,  that’s why we donated 5% of the sale of January 14 and we also donate the money we got from the sale of Good Cup. It was exactly 194 PLN.
FEBRUARY 2018 – February is the month of lovers and we should care about our hearts, that’s why we donate 166 PLN to  Fundację Rozwoju Kardiochirurgii im. prof. Zbigniewa Religi
MARCH 2018 – March is associated with women. Then we have Women’s Day, we support the fight for their rights in every field. That month we donated 201 PLN to  Fundacji Feminoteka
APRIL 2018 – in April it gets warmer and warmer. Everything becomes green. Plants come to life. It’s fun to watch them at the beginning of spring. So we donated 189 PLN to  Fundację Nasza Ziemia
MAY 2018 – that month we decided to take part in „Zwierzowtorki” organized by  Fundację Nasze Zoo. We donated 150 PLN.
JUNE 2018 – it’s summer time, that’s why we want to support children who can spend some days in a beautiful place, to feel some real, carefree holiday, so we donated 234 PLN to „Podaruj Wakacje Dzieciom”
JULY 2018 – This month we supported a person close to us and paid money for Matthew’s treatment. It was 199 PLN.
AUGUST 2018 – this month is very important for the fight against plastic straws, which we decided to withdraw from use. In addition, we decided to support Boyan Slat and his organisation The Ocean Cleanup in their efforts to clean up a large Pacific waste island. We supported the Foundation with the amount of PLN 193.
SEPTEMBER 2018 – For the Zwierzęca Polana Foundation  September is a month of adoption, so we also join this action indirectly by paying 243 PLN, which will help the Foundation to cover the costs of veterinary treatment of animals that are under their care.
OCTOBER 2018 – just like last year, in October we want to support the nationwide campaign against breast cancer. The income collected from the Good Cup campaign was donated to the Federation by the Amazon Association. It was PLN 276.
NOVEMBER 2018 –  is an exceptional month in the history of Poland. It is the 100th anniversary of our independence. Thus, we would like to support all the uniformed officers who suffered damage to their health during their service and the children of those who lost their lives or health, including mainly the children of Polish soldiers. We supported the Allies with GROM Foundation with the amount of PLN 288.
DECEMBER 2018 – winter and hard times for animals. We want to give them at least a little bit of food and warmth, so this month we have supported our neighbors from Konstancin Cat Asylum. We transferred the amount of PLN 291 collected for your coffees to go.
~2019~
JANUARY 2019 – as every year in January our hearts will always play with the Orchestra and Jurek Owsiak. This year, as a standard, we donated 5% of the balance from January 13th and an additional 10 groszy from the sale of Good CUPS for GOCC purposes. And it was 279 PLN.
FEBRUARY 2019 – “All our children are our children” as Majka Jeżowska sang, and we dream that each of them has an equal chance for a daily smile regardless of where they live. In February, we donate all the heart and money collected from the Good Cup you bought to Paweł Huk Foundation – New Hope Africa, specifically for children from the village of Maili Tatu. The amount we have transferred is 303 PLN.
MARCH 2019 – March is a WOMAN, this is what we hold firmly to and this year we have supported thanks to you and the coffee bought to go in the Good Cup Women’s Rights Center. We have collected 298 PLN in total.
APRIL 2019 – although it is only in May that the second birthday of Jaś and Małgosia, i.e. fox siblings who were collected from the fur farm, is celebrated, but we already want to support the Open Cages association, which fights for the fate of farm animals every day. We paid 301 PLN to the association’s account.
MAY 2019 – this month we decided to help the Little Warriors fighting cancer from the Cancer Fighters Foundation. Thus, we want to support them in their daily fight against cancer, so that they have the strength to fight for themselves and at least for a moment forget about the disease. We supported the activities of the Foundation with the amount of 308 PLN.

JUNE 2019 – vacation is just around the corner, so our thoughts are always directed towards kids and the organization of a summer holiday for them. With great pleasure we transferred the income from the action (315 PLN) to the account of the Marcin Gortat Foundation MG13. For years, the Foundation has been organizing training camps and trainings for children and youth (Marcin Gortat Camp) and promoting a healthy lifestyle.

JULY 2019 – we always pay the money for a given month in the next one in order to have data from the sale of coffee to go. For a moment we thought about the purpose of spending 310 PLN collected in July, and then it turned out that our very good friend, a wonderful man with a huge heart, Tomek Habdas, had just set off on a 500km journey along the Main Beskid Trail to support the Foundation to Help Children in Żywiec. Thus, we transferred PLN 310 to the Foundation’s account from the sale of coffee in GOOD CUP, but we added another PLN 310 from each other to support Tomek’s activities and help the kids from Żywiec.

AUGUST 2019 – we transfer the amount of PLN 380 to the Foundation Szkoła na Widelcu. We know that conscious food is important. It is also important for us that our children have a chance to grow up in this knowledge. This is a good goal and we support it with all our hearts.

SEPTEMBER 2019 – the months are getting colder and colder ahead of us. We would like to donate PLN 345 to the Unwanted and Forgotten Foundation, and thus to the four-legged who, without human help, often cannot cope on their own.

OCTOBER AND NOVEMBER 2019 – as October is the month of the fight against breast cancer, we donate 403 PLN to the reliable Rak’n’Roll Foundation. November passed under the sign of a man and the fight against prostate cancer. The amount of PLN 389 is transferred to the same Foundation. Therefore, we strongly encourage you to read about the campaign Gadaj*Badaj and drive yourself, your husband, boyfriend, dad for the medical exmination 🙂 It makes sense! Rak’n’Roll – we support you and thank you for what you do.

JULY 2020 – after a short break we return to you with an accumulated portion of goodness. #dobrykubek despite the moment of silence associated with the pandemic all over the world returns with full power. The stories of Bułka arediverse but they are always connected with our Employees without whom we would never build them so colourfully. One of part of our Team was Ada. From a few months back we managed to collect quite a lot of money: 631 zloty, which we donate to a target extremely close to her heart. We encourage you to take a minute, familiarize yourself with the action and support their fight for Maciek’s health. https://www.siepomaga.pl/maciej-kulinski

AUGUST 2020 – although it’s still not easy for us, but the #dobrykubek is valuable enough that we don’t want to give up on it. With the amount raised in August (280 PLN) we supported the Batory Foundation, because tolerance and respect are something we need very much.

SEPTEMBER, OCTOBER 2020 – September and October, and later November are WOMEN’s months for us. We support and want to fight for free choice to decide about ourselves. That is why the amount of money is small (360 PLN) due to the current situation, but from the bottom of our hearts we transfer it to the account of the National Women’s Strike. We would like to thank you for supporting us during this difficult time as a breakfast restaurant, as well as for your initiatives to respect our freedom.

NOVEMBER and DECEMBER 2020 – during these months it is important to have a Roll (Bułka) – but not our restaurant, but a collection organized for the Association for Social Assistance and Intervention in Warsaw, which raises money for “Roll on a Good Day”. The Mobile Counselling Point is a bus that travels around Warsaw helping people in the crisis of homelessness, on the bus you can have a warm drink and until recently also eat something, but the budget for food was taken away, so we are very happy to join the drop and donate 300 PLN that we managed to collect thanks to the #dobrykubek action

JANUARY 2021 – like every year Bułka supports WOŚP. We always give 5% of our turnover from all Bułka’s on the day of the Great Orchestra Finale and what we collected in the #dobrykubek action. This year we are known to be more modest, but every penny counts and we are happy that despite everything we can take part in the collection. In total we transferred 645 PLN. 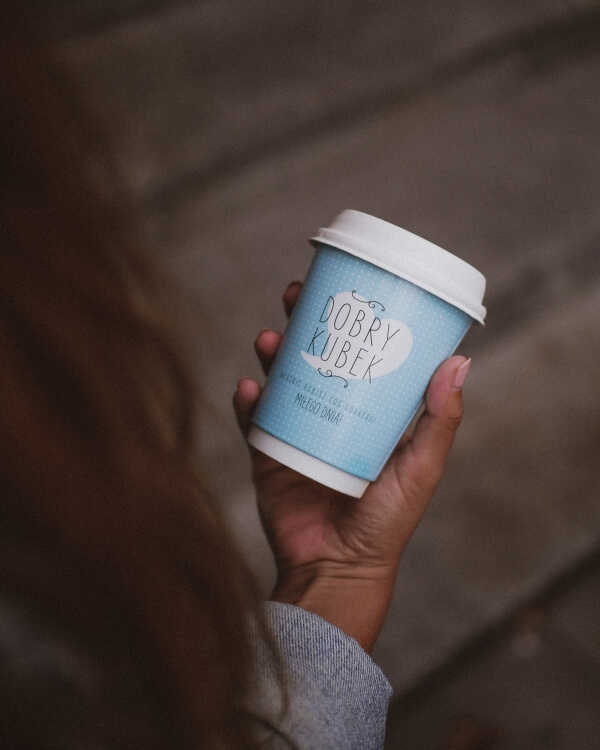